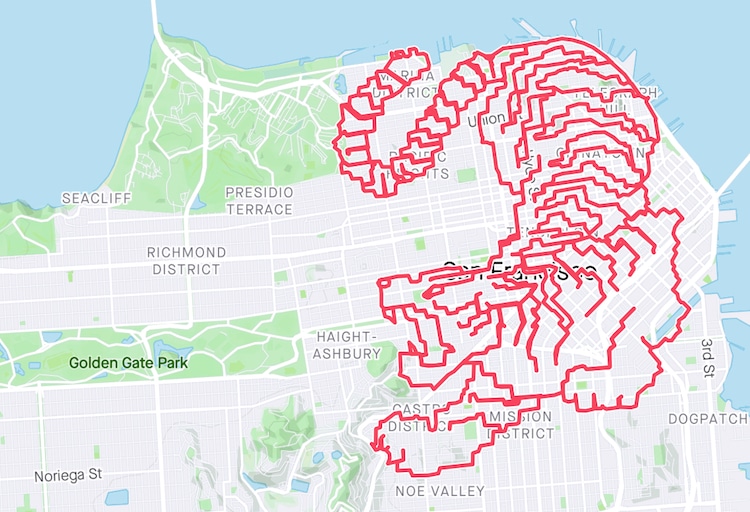 February 1 marked the arrival of the Lunar New Year in 2022. And amidst the traditional festivities of the East Asian holiday, one San Francisco man chose to ring in the Year of the Tiger with a little creativity…and a lot of exercise. Known colloquially as the “Picasso of Strava” or the “Human Etch-A-Sketch,” avid runner Lenny Maughan decided to celebrate the new year by running the streets of San Francisco along a carefully sketched out route that forms the shape of a tiger. Using the social fitness tracking app Strava, Maughan was able to record his convoluted path through the city and turn his challenging run into a mind-blowing piece of Strava art.

As his honorary titles imply, Maughan is well known for his unconventional “street art” and has amassed quite a following that keeps up with his latest running masterpieces. But Tiger Run is easily his most ambitious and intricate piece yet. According to his stats, the meticulously drafted Strava route covers a total distance of 95 miles, and it took Maughan almost 22 hours over a period of four days to complete the design. Now factor in the almost 9,000 feet of elevation gained and nearly 13,000 calories burned during the activity, and even without the resulting tiger drawing, this run is ridiculously impressive.

And if you’re wondering whether the whole endeavor is as complicated as you imagine, it is. Maughan usually starts the process by printing out a paper map and highlighting the desired shape of his route. “San Francisco is my canvas,” he explains. “I use the streets as framework for what I want to do, find shapes, and make it work. Kind of like how little kids look up at the clouds.”

The runner usually has to go through several versions of a sketch before he’s actually ready to take to the streets. And once he’s running, if he’s not careful, one wrong turn could ruin the entire piece. “You can't see the lines drawn until after you finish your run, so it's such a joyful feeling when you put in all of that work and you finally finish and get to see what you envisioned at the end,” Maughan admits.

Scroll down to see more of Lenny Maughan’s incredible Strava art, including more animals of the Lunar New Year. To keep up with his latest routes, follow the runner on Instagram or Strava.

Avid runner Lenny Maughan celebrated the Lunar New Year by creating an intricate piece of Strava art to celebrate the Year of the Tiger.

Maughan has made running the shape of the New Year's corresponding animal a tradition every time the holiday rolls around. 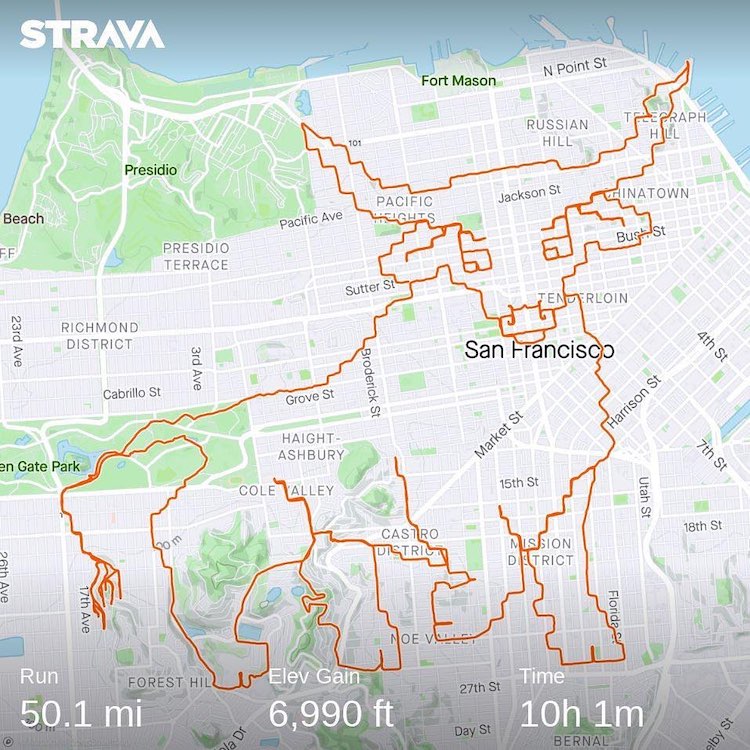 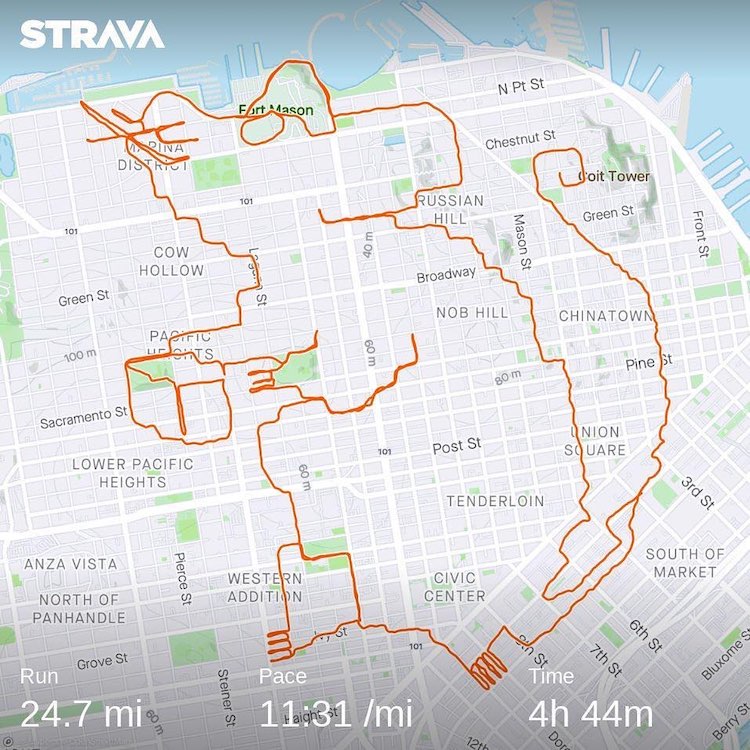 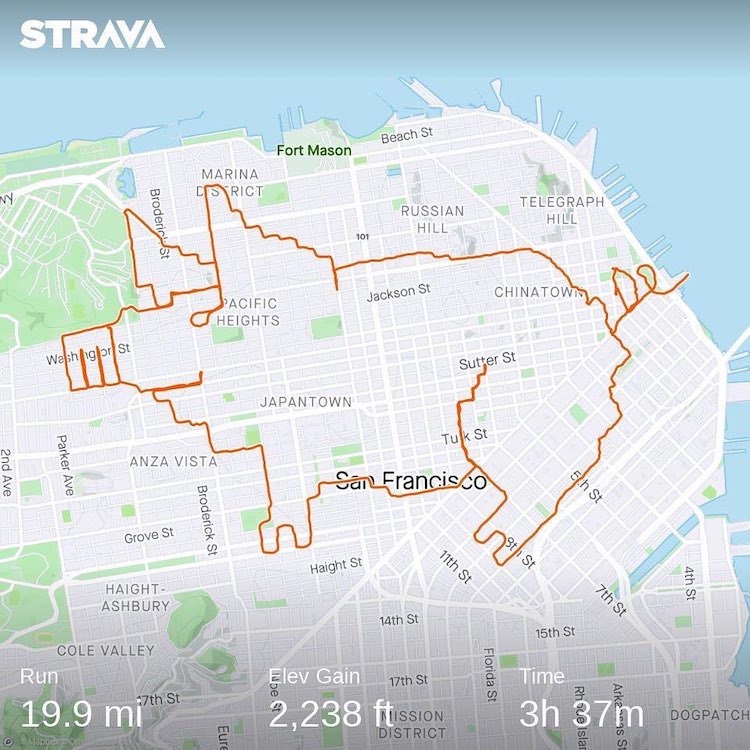 The runner also does a new piece of “street art” every month, even recreating the work of famous artists like Frida Kahlo and Michelangelo with his intricate Strava routes. 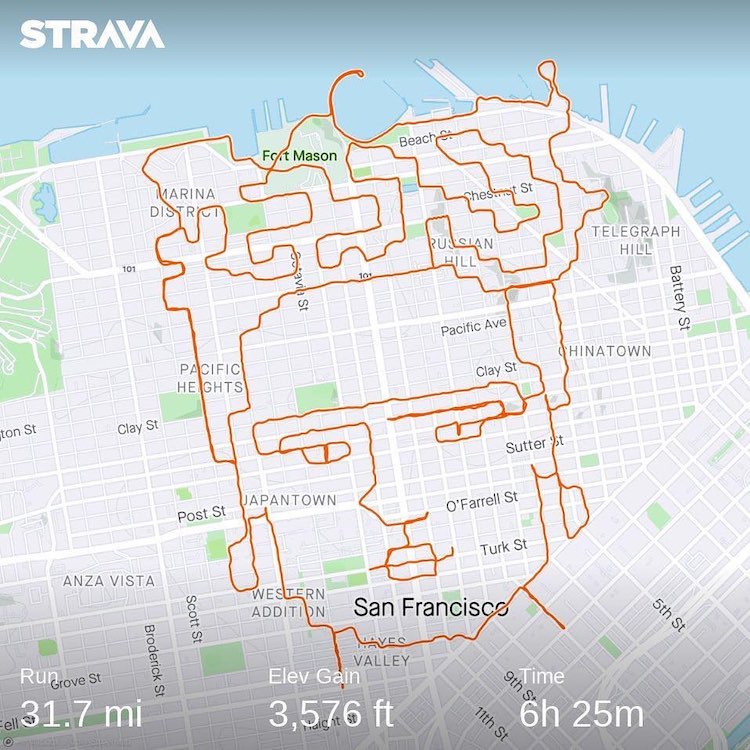 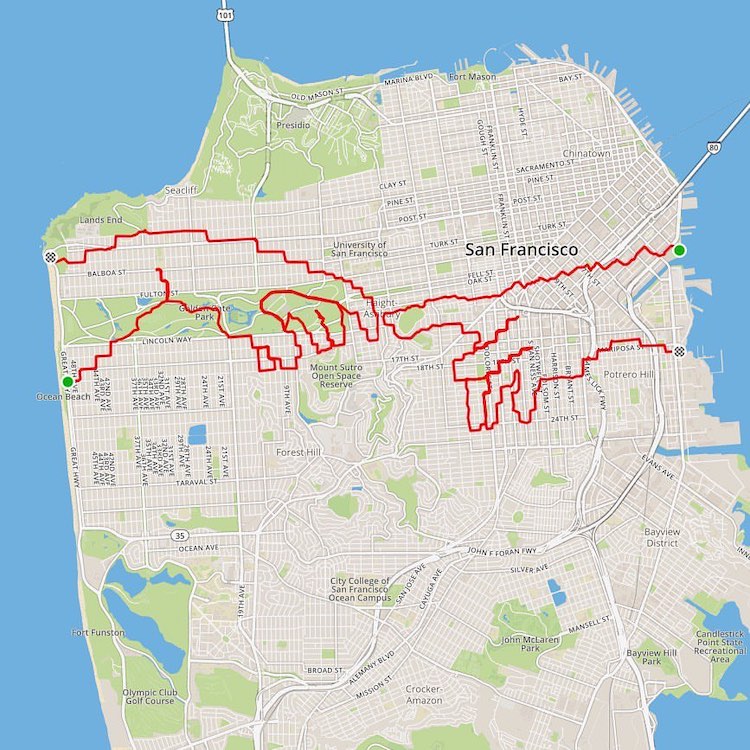 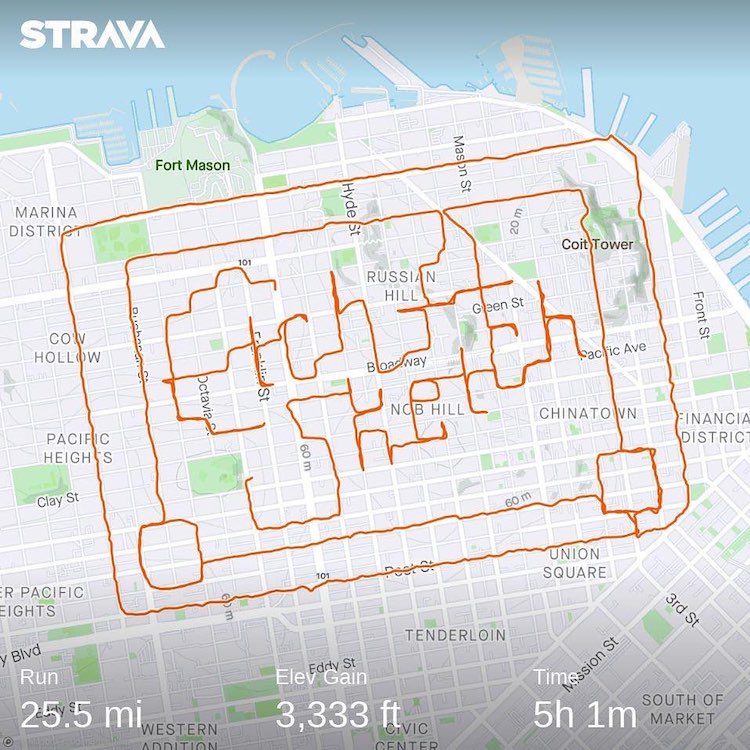 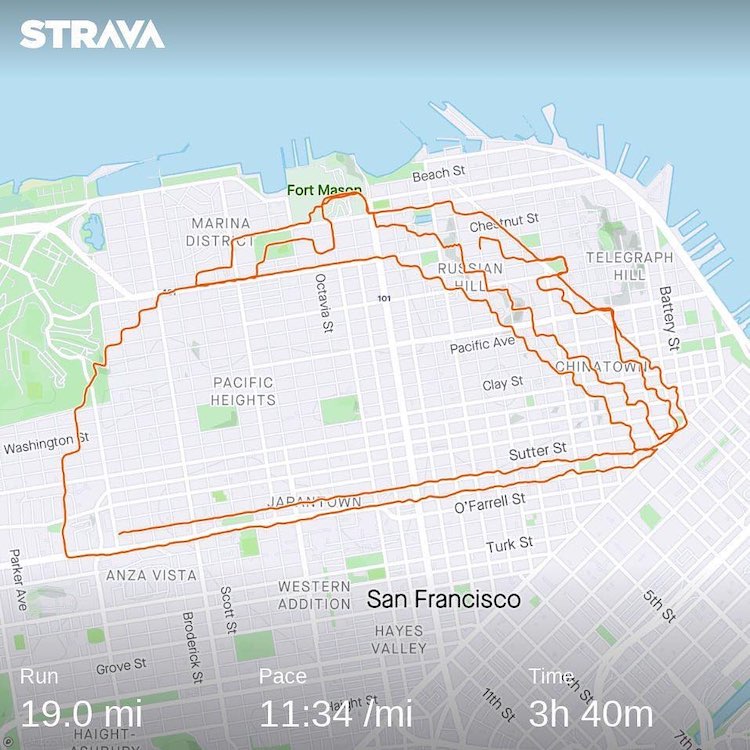 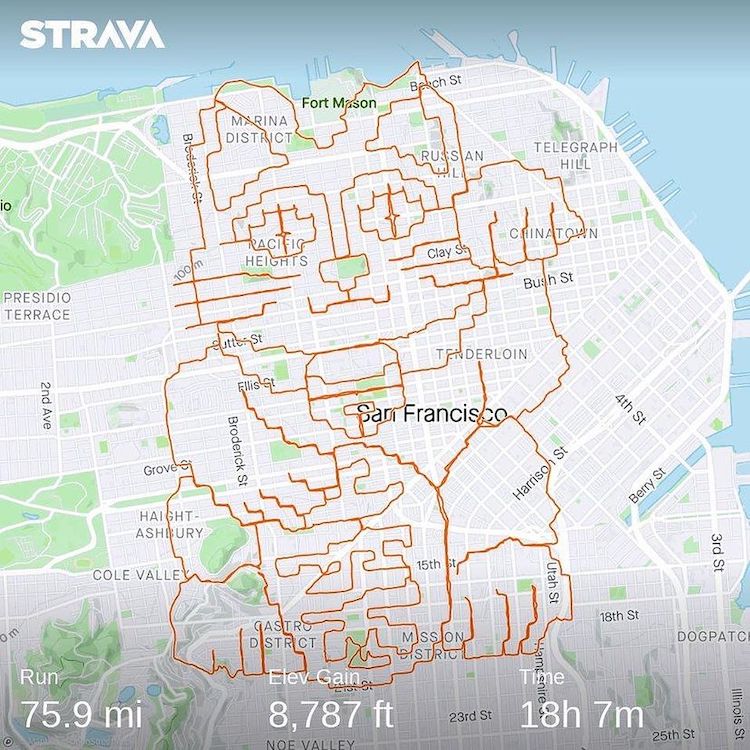 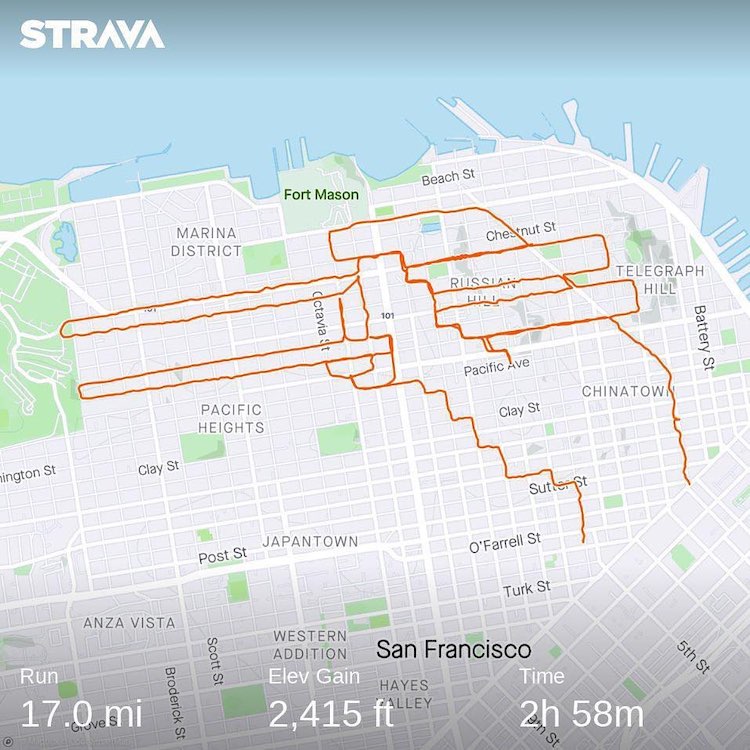 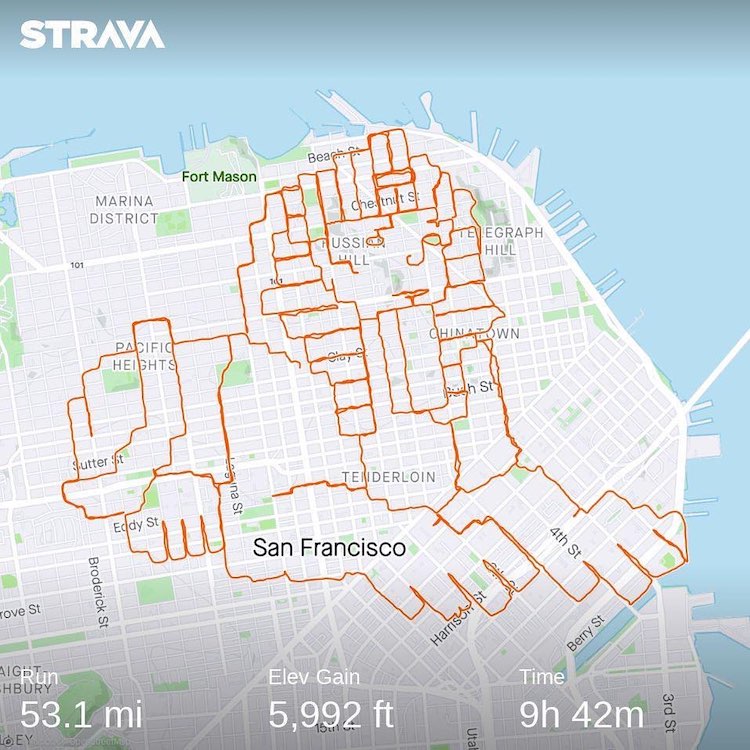 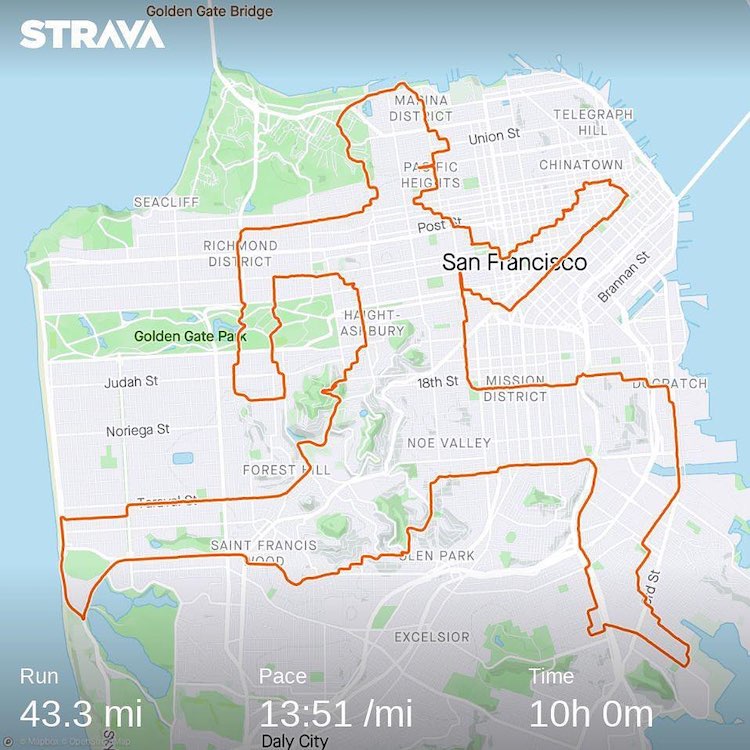 All images via Lenny Maughan.

What Is Chinese New Year? Unraveling the History of the Enchanting Festival

100+ Drawing Ideas That Will Get You Sketching Right Now

Learn How to Draw Flowers, Trees, and Other Plants With These Books

10 Artists Who Were Masters of Drawing, From Leonardo da Vinci to Pablo Picasso

Inktober: The Worldwide Art Challenge That Has Everyone Drawing in October